Leyla Gediz’s digital photography installation Halo (2013) is a conceptual work based on serial image production and variation technique employed to question the function of memory and the role of pictorial memory in historical processes. In other words, it is a repetitive and obsessive gesture both to remember one of the first Turkish female painters - Hale Asaf (1905-1938), and to keep a life record of the painted object after leaving the artist’s studio. Asaf led a life in Istanbul, Bursa and various major cities of Europe, leaving behind a small number of works when she died in Paris at an early age. Without any record, thirty-seven of those went missing. On the trail of Asaf’s missing paintings, Gediz’s installation consists of the photographs depicting the portrait artist has painted of Asaf in contradictory colours installed in thirty-seven private and public spaces in Istanbul. Images standing between reality and a dream-like action take the memory and abstraction relationship that is so predominant in Gediz’s overall practice to a whole new dimension: as painting leaves its place to the immaterial nature of the digital image, the consecutive sequence of images allow the construction of a new mental painting. (Nazlı Gürlek, 2014) 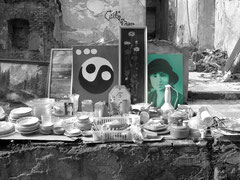 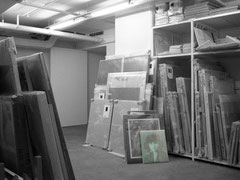 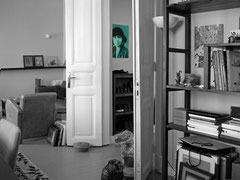 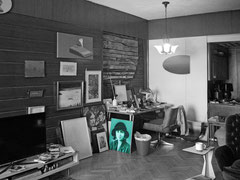 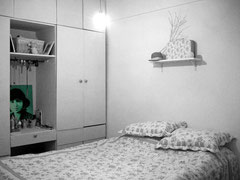 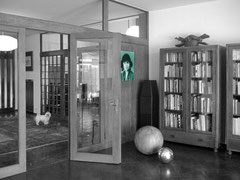 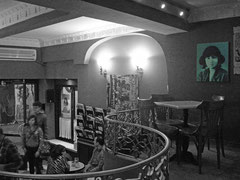 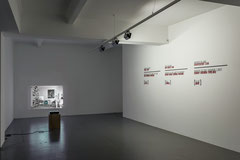 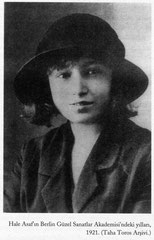