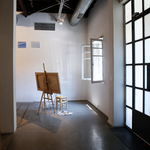 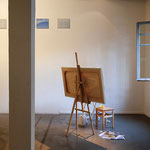 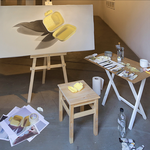 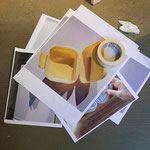 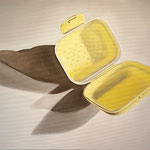 Summer Resort For A Song 24 May - 29 June 2014  Opening and Book Launch: Friday, 23 May, 18:30  presentation by Tanıl Bora The exhibition "Summer Resort for a Song" focuses on summer houses, resorts, beaches and towns as possibilities for refuge, retreat, leisure, and as secondary habitats; it sheds light on the story about the dispossession of their residents.  As a result of rampant urban transformation reaching beyond metropolises to coasts and residences nearby, the organization and lifestyles in these areas dissolve; they are abandoned and then industrialized. Instead of lived environments, the current state of affairs promises a touristic playground constructed to house new, temporary and commercial touristic organizations. The promotion strategy of the day promises happiness to tourists in luxurious, comfortable, short-lived and trouble-free holiday images leading to loss of a sense of belonging to space and dispensing with older notions of vacation and summertime. This exhibition can be considered as a meeting place to reminisce and talk about these issues in the company of work by artists witness to this reality and rapid transformation. The artists with their testimonies, research and productions reference semantic shifts related to concepts like "representation of sayfiye"*, "sayfiye as a human need", "life in sayfiye" and "summer houses".  Alongside the exhibition, the book Sayfiye: Hafiflik Hayali (İletişim Yayınları, May 2014) edited by Tanıl Bora compiles narratives providing a literary outlet for a similar meeting.  The exhibition "Summer Resort for a Song" and the book Sayfiye: Hafiflik Hayali can be imagined as a summertime rendezvous where Depo and İletişim Yayınları will be neighbors to each other. ▪ The word sayfiye -derived from sayf which means summer in Arabic - defines a settlement or area that is used for seasonal recreational and leisure purposes particularly in the summers. 24 May 2014 Saturday, 15:00  Presentation: Levent Şentürk  Invention of a new sayfiye at Bodrum - Antakya - Mardin route  Discussion: Metehan Özcan, Balca Ergener, Vahit Tuna, Seçil Yersel  Tracing the changing sayfiye 14 June 2014 Saturday  Discussion and Film Screening: Bu Sahilde  Conversation with directors Merve Kayan and Zeynep Dadak  Notes on the production process of the film, vacation films and sayfiye